Create an account for the latest releases and sales. 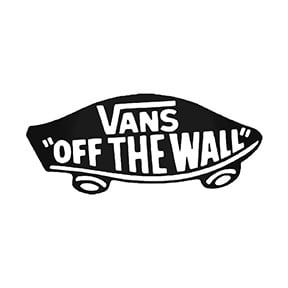 In 2015, Supreme’s Jeff Kutter unveiled a surprise video project to the world simply titled “Boys of Summer.” The video’s cast was a mash up of some of skateboarding’s most elite and influential pros, including legends like Mark Gonzales and newcomers like Kader Sylla. Named after Don Henley’s 1984 hit, “Boys of Summer” is a reminder of what skateboarding is really about—being creative and having fun. And this season, we’re teaming back up with Boys of Summer on a collaboration that resurrects some of Vans’ most iconic styles from the 90s. Just as “Boys of Summer” features found footage from the 70s, 80s, and 90s, the Boys of Summer Skate Sk8-Hi VCU was inspired by retro Vans skate silhouettes and upgraded to enable maximum progression. The repositioned DURACAP™ reinforced underlays and fully redesigned uppers, combined with a new two-part foxing tape that features a deeper knurl pattern on the toe, make the Boys of Summer Skate Sk8-Hi VCU durable enough to withstand daily skateboarding abuse. For more board control, the new molded heel counter and internal tongue straps lock in your feet. Even the gum rubber sole that made Vans famous has been elevated with crystal rubber. Plus, POPCUSH™ energy return sockliners provide superior cushioning and impact protection while helping to lessen leg fatigue for longer skate sessions. Internal heel stiffeners have also been added to provide more support and stability. With two full videos under their belt and a third on the horizon, it’s safe to say the Boys aren’t through having fun and that summer isn’t going to end anytime soon. “Boys of Summer” is a true representation of skateboarding that transcends generations and brand affiliations. We’re here for it. • INCREASED DURABILITY - DURACAP™ reinforced materials, deeper knurl texture on the toe bumpers, and higher sidewall heights provide a more heritage look with increased durability and protection. • FULLY REDESIGNED UPPERS - Reconstructed with a molded heel counter and internal tongue straps for a locked-in fit and more board control. • LEGENDARY GRIP - A crystal rubber on the sidewall and bottom elevates our legendary rubber waffle outsole. • POPCUSH CUSHIONING - Our best cushioning and impact protection. POPCUSH™ energy return footbeds protect your feet while helping to lessen leg fatigue for longer skate sessions.

You cart is currently empty